At Chelmsford For You we are busy behind the scenes getting everything ready to launch our brand-new event this August. Green City will take place in Chelmsford this August and you can expect a creative and inspiring FREE family event that brings our city centre to life, whilst:

Green City will run in various locations across the city centre from Monday 22 – Sunday 28 August, bringing along a week-long programme of activities, including a family-friendly mix of street entertainment, installations, shows, story sessions, workshops, a local green market and more!

Immersion Theatre presents Much Ado About Nothing. at Markshall Estate Friday 12th August
Having developed a reputation for producing first class, highly original adaptations of Shakespeare’s plays, Immersion Theatre now bring the world’s best-known battle of the sexes vividly to life. The riotous struggle for love and power explodes onto the stage with audience interaction, heaps of comedy, and an electric soundtrack!
This is Shakespeare for everyone and as it’s meant to be: interactive, fun, and highly accessible!
Recommended age: 10 plus.
Outdoor Theatre situated in the surroundings of Pound Field.
Our bar open will be open from 4.30 until the end of the interval, serving a selection of soft drinks and alcoholic refreshments.
Book now https://www.markshall.org.uk

Amalgam formed a year before Covid but the band managed to rehearse electronically and make their first album ‘Colours’, just released in time for Writtle Jazz Festival!
The band are predominantly local, with Lawrence Harper on Trumpet, Jason Nicholls on Bass, Dave Lee on Piano, Trevor Taylor on Drums and guitarist Dave Whiting all the way from South London!
Next on the supporting stage are Mangorata
Mangorata are a 6-piece Jazz Fusion collective based in Leeds. They play original compositions, creating high energy, with lively rhythms inspired by the likes of Herbie Hancock, Chick Corea, Wayne shorter, Nubiyan Twist and many more.
The band met whilst studying at Leeds Conservatoire.
They have combined their love for Jazz, Funk and Latin music and have performed at many of the iconic venues in Leeds and will be performing at Writtle Jazz Festival!
Then, Yolanda Charles' Project PH
Fresh from Ronnie Scotts, Yolanda Charles Project PH will be playing at Writtle Jazz Festival!
Project PH is a group of musicians brought together by former session bassist Yolanda Charles. Awarded an MBE for services to music in 2020, she has had a long career backing artists such as Hans Zimmer, Squeeze, Dave Stewart, Robbie Williams and Paul Weller.
The band will feature the incredible Roberto Manzin on Saxophone, Nick Linnik on Guitar, Laurie Lowe on Drums and Hamish Balfour on Keys!
And finally Eagle Angel Fusion
Dave Ital’s reputation as a studio and gigging guitarist is of the highest calibre. In his storied career, Dave’s guitar has been heard accompanying the likes of Chaka Khan, Tom Jones, Nile Rodgers, Incognito, Beyoncé, Level 42, Mica Paris, Take That, Lulu, Bobby Womack & many other stars
With Eagle Angel Fusion expect pure funk, or Jazzy R&B or even Salsa or Afrobeat.
The groove is the THANG! Let’s say ‘It don’t mean a thing if it ain’t got that funk’.
Writtle Jazz Festival is on Sunday 7th August!
For all the information on what's happening on the day visit http://writtlejazzfestival.co.uk/
and for tickets click https://www.eventbrite.co.uk/.../writtle-jazz-festival... 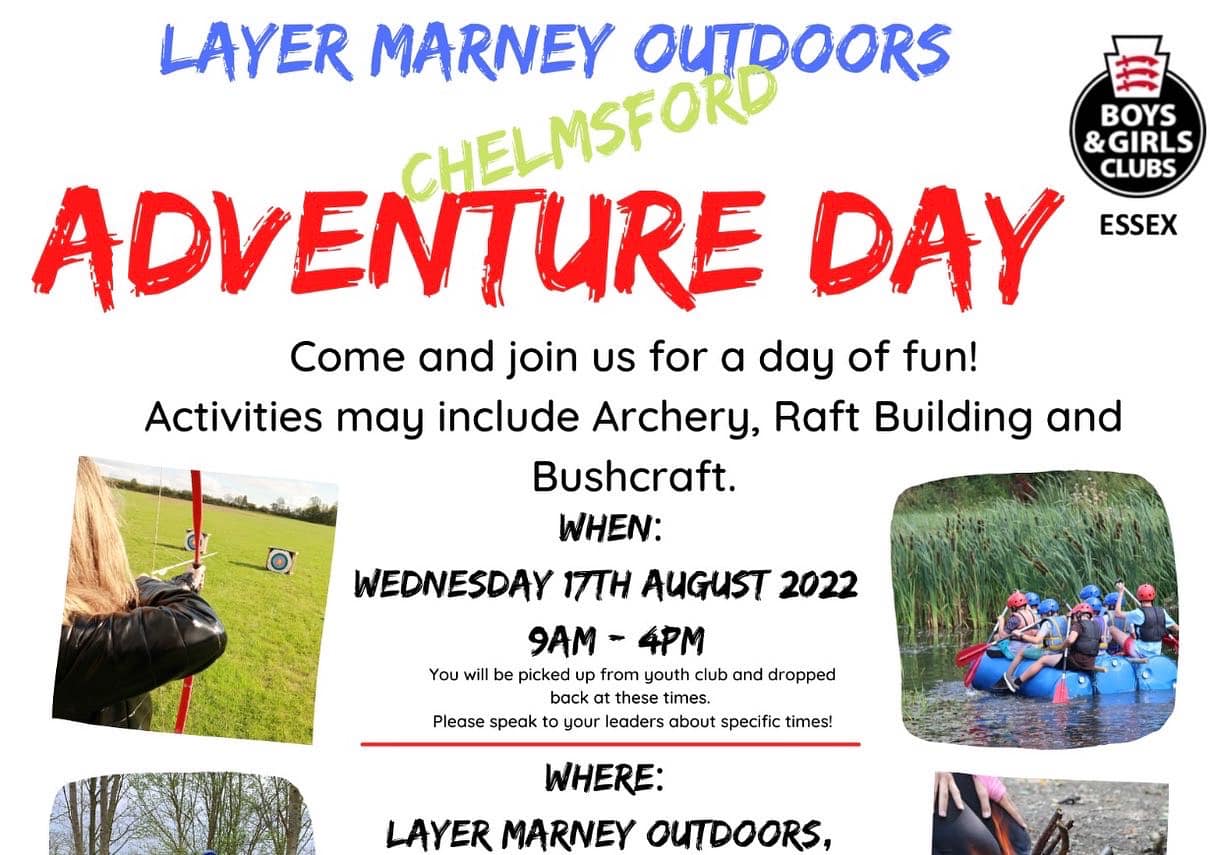 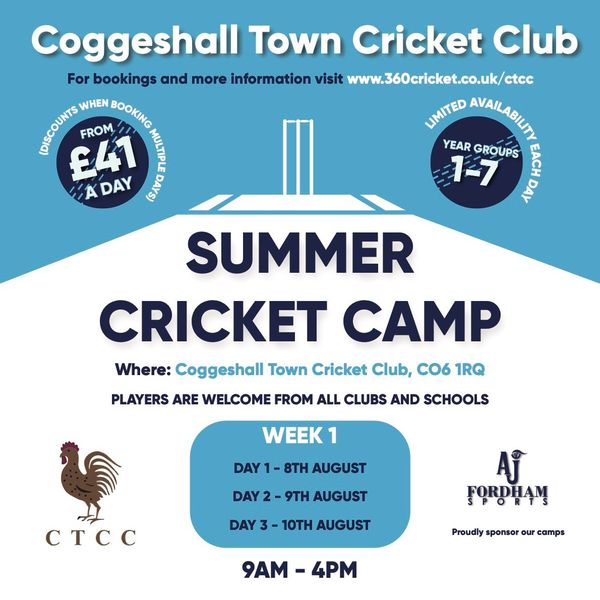 360 cricket - fun cricket camps for school years 1-7
Boys and girls of all abilities are welcome.
We are delighted to let you know that 360 Cricket summer camps are back for the summer holidays.
Week 1
8th August
9th August
10th August
Week 2
22nd August
23rd August
24th August
360 Cricket camps include:
Multiple level 2 ECB qualified coaches + our overseas professional players Eben Botha & Trevorn Garraway
Small coaching groups for children of all abilities
Daily prizes, certificates and ice cream days
Speed guns, bowling machines, power hitting equipment and much more
Nations games (each child gets to their nation for the week) where players win runs for their selected nation
For bookings and more information please visit – www.360cricket.co.uk/ctcc
If you have any questions about the camps please contact Lloyd – info@360cricket.co.uk 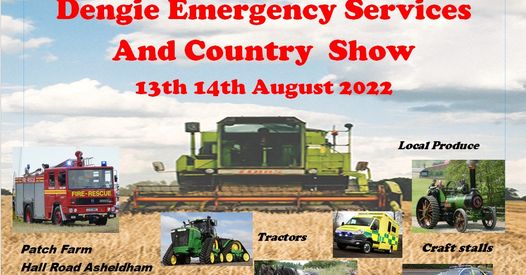 Chelmer Radio is delighted to be the media partner for a very special production coming to Witham Public Hall in October.  Witham Amateur and Operatic Society W.A.O.S are presenting 'The Flames of Injustice' from October 24th -29th. celebrating 100 years of musical theatre in Witham

Bonfire night, November 1828, and the people of Witham revel in celebrations until fires break out at Olivers and other local farms. Unbeknown to sweethearts James Cook & Betty Goodwin, the flames are about to change their lives forever.

When James is wrongly accused of starting the fires, Betty and the community rally round to provide support. Will justice prevail? Will the interrogators listen to reason? And when will the flames burn out?

This moving story has been written by Sarah Osborne in collaboration with WAOS members with a full folk style score by Franky Garland and orchestration by Phil Toms.

Please note, the show will include some strobe-lighting and explosion sound effects

Book now by following this link http://www.waos.org/box-office/ and if you put Chelmerradio (CAPS C) as the promo code on checkout you'll get 5% off your tickets 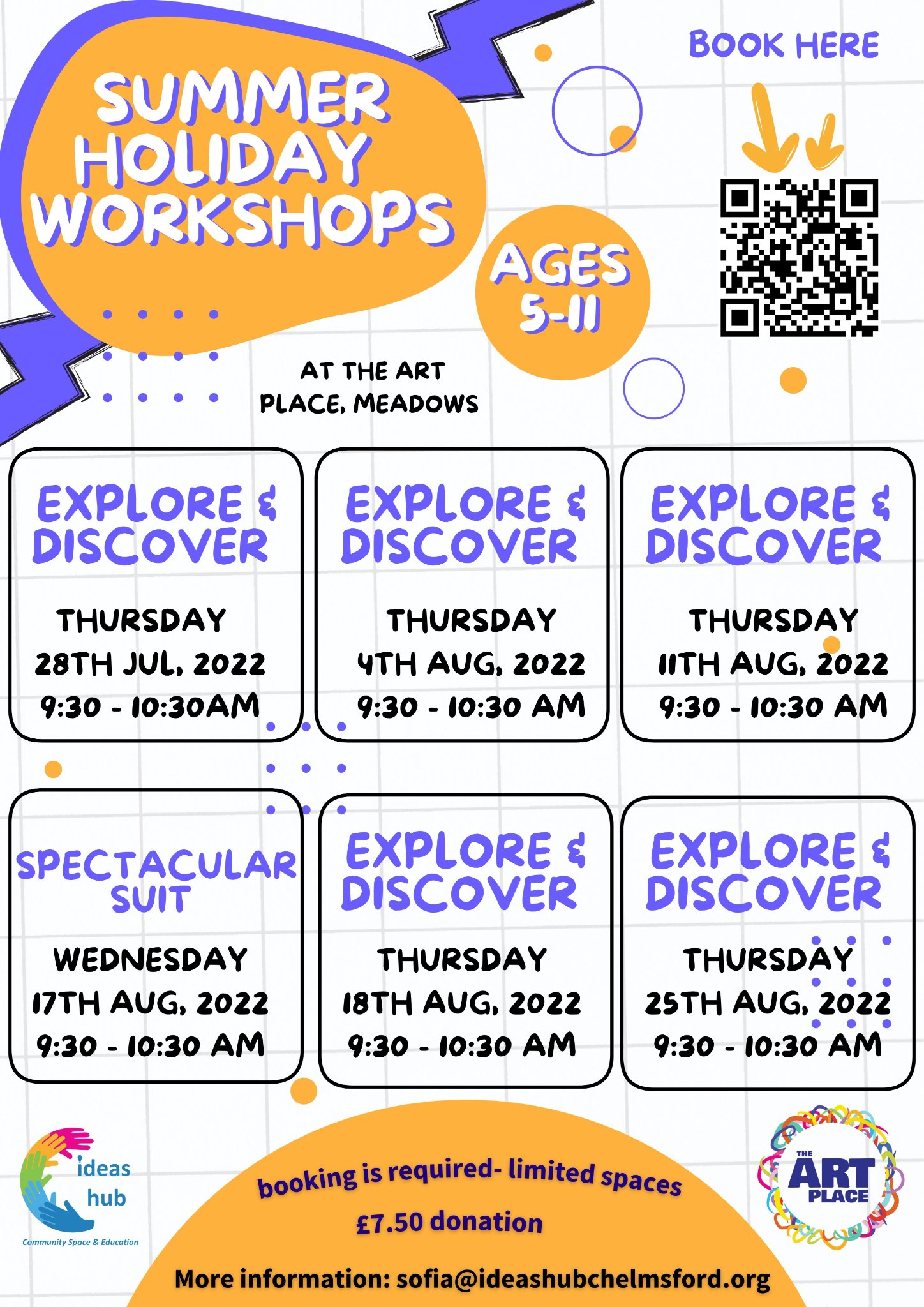